"The Morgan was once considered the ideal horse for the United States Calvary. It is named after the owner of the first known horse in the line, a man by the name of Justin Morgan. Morgan bloodlines have played a part in the development of many of the American breeds, for instance the American Saddlebred and the Tennessee Walking Horse." 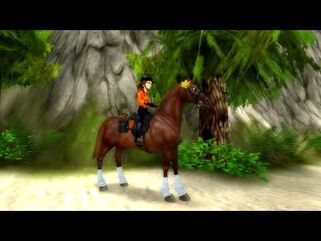 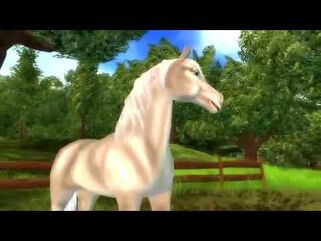 Four hairstyles can be purchased for the Gen 1/1.5 Morgan at the Horse Stylist. These styles are identical on all Gen 1.5 models.

Five hairstyles can be purchased for the Gen 2 Morgan at the Horse Stylist.

The Gen 1/1.5 Morgan is sold for 260 SC. All four variations can be found at Ferdinand's Horse Market.

The Gen 2 Morgans are sold for 790 SC. The nine variations can be found in the following locations.

A version of the Gen 2 Liver Chestnut Morgan that was already in Star Stable Online, was added to Star Stable Horses. The fully raised foal can be bought for 790 SC.