"The Haflinger horse a is small, kind and calm horse form the Tyrol Mountains in southern Austria. The horse was named after the village Hafling and is characterized by its bay-colored body and light-colored mane.

The Haflinger was initially a strong and patient working horse but the modern breed is a popular all-round horse, used for most types of equestrian sport. The calm and stable temperament also makes it an excellent family horse.

The Haflinger is used to the steep alpine environment and doesn't mind the snow and cold." 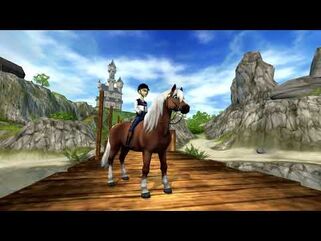 "The Haflinger is a breed developed in Austria and northern Italy that traced its ancestry to the Middle Ages. Now, all Haflingers trace their lineage to one foundation sire, Folie, born in 1874! Originally bred for use in mountainous terrain, the hardy Haflingers were sometimes used as military packhorses. Jorvigian breeders envision a happier life for their animals and hope you will fall in love with these beauties! A steady horse with a kind temperament, this companion is perfect for many disciplines, including Western, dressage, jumping, working, equitation, and carriage driving. Their distinguishing features are a chestnut coat and a flaxen mane that can be worn long and wavy, intricately braided, or even short and messy—whoa—maybe you and your horse will rock the same style!" 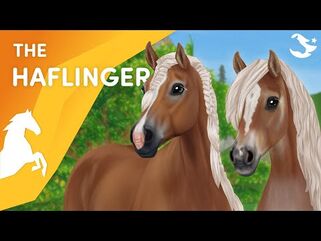 Five hairstyles can be purchased for the Gen 2 Haflinger at the Horse Stylist.

Seven hairstyles can be purchased for the Gen 3 Haflinger at the Horse Stylist.

The Gen 2 Haflinger is sold for 405 SC. The four variations can be found in the following locations:

The Gen 3 Haflinger is sold for 900 SC. They come in seven variations and can be found in the following locations:

Three Gen 2 Haflingers are available in Star Stable Horses. The fully raised foals can be bought for 810 SC.

A Gen 3 Haflinger is available in Star Stable Horses. The fully raised foal can be bought for 900 SC.