The Connemara is a pony breed that is available in Star Stable Online.

"The Connemara is best known today as a sports pony.

Ridden by both children and adults, it is considered to be a very versatile pony breed, competitive in show jumping, dressage and eventing, but also with the stamina for endurance riding.

While the Connemara is classified as a pony in most parts of the world, it is a fast enough breed to be allowed to compete with the other horse breeds in Jorvik." 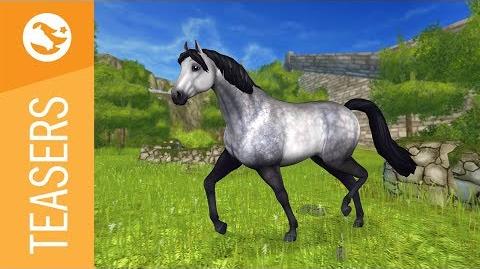 Five hairstyles can be purchased for the Connemara at the Horse Stylist.

The Connemara is available for 810 SC. All six variations can be found in the following locations: