"The Nez Perce Native Americans named this horse after the Palouse River that ran through the heart of Nez Perce country. The Appaloosa is an all-round horse and they say there is an Appaloosa for every riding discipline." 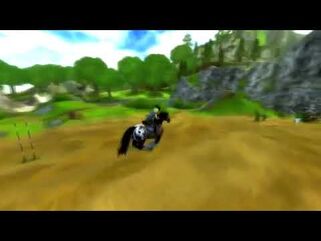 "In the Pacific Northwest on the Columbia Plateau the Nimíipuu people, called the Nez Percé, developed one of the world’s most colorful breeds. Named by white settlers after the Palouse River, the Appaloosa are descendents of the Spanish horses brought to the Americas. The breed was said to be lofty, narrow bodied, elegantly formed, and some displayed irregular white spots and a unique gait. Their numbers were decimated after the Nez Percé War, the remaining horses confiscated or crossbred for farming. But the flashy coat patterns did not disappear and their global popularity increased over the last century, their bloodlines added to other breeds to spread their beautiful coats.

While iconic in American Westerns, the Appaloosa is a versatile breed that excels in all riding disciplines, performing as well in barrel racing as in show jumping. They are reliable and friendly, good for any age, and intelligent. No two Appaloosa look the same, coming in every base color and several different spotting patterns. They are loyal companions, courageously staying by your side through any adventure, as unique and special as you!

The Appaloosa breeders of Jorvik cultivated the rare gait, prized by the Nez Percé and ranch hands alike, and called it the Appy Amble. Historically, “shufflers” were highly sought after by cowpokes, the smooth intermediate gait ideal for working all day in the saddle." 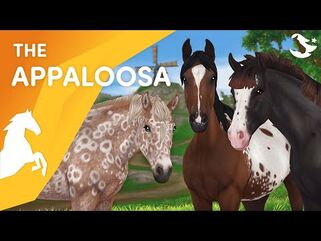 While most breeds in SSO only have five gaits, the Generation 3 Appaloosa has six. This special gait is called the "appy amble". In SSO no other horse breed is able to Appy Amble. To do the Appy Amble, the horse must be walking. The player then must hold down the 'Shift' key and then simultaneously hit either the up arrow or the 'W'. The Gen 3 Appaloosa will then begin to do the Appy Amble. During the Appy Amble, the horse cannot move to a faster gait or jump. To stop Ambling, simply slow your horse down like you would with any other.

Five hairstyles can be purchased for the Gen 2 Appaloosa at the Horse Stylist. These styles are identical on all Gen 2 American Paint Horse, Appaloosa, and American Quarter Horse models.

Eight hairstyles can be purchased for the Gen 3 Appaloosa at the Horse Stylist.

The Gen 2 Appaloosas are sold for 450 SC. Both variations can be found at Ferdinand's Horse Market.

The Gen 3 Appaloosas are sold for 900 SC. They are located at the following locations:

An Appaloosa is available in Star Stable Horses. The fully raised foal can be bought for 900 SC.