"There are more than 3 million Quarter Horses in the world, making them the largest horse breed in the world by population. This hugely popular American horse gets its name from being incredibly fast over short distances: there are very few horses able to beat a Quarter Horse in races shorter than a quarter of a mile.

The breed has its origins in the British Warmbloods introduced to North America by the colonists and pilgrims in the 1600s. They were crossed with other breed, such as the Chickasaw horse as well as more ‘classic’ breeds like the Arabian fullblood.

The Quarter Horse is a steady and balanced horse with a calm temperament which is perfectly suited to hobby riding, competitive riding and use as a work horse. Quite simply a fantastic all-rounder!" 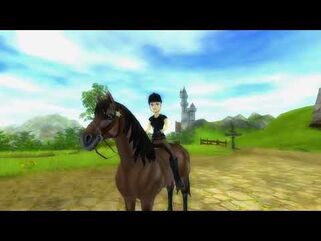 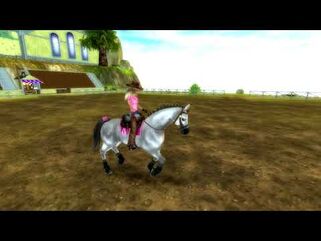 "At the forefront of the American Frontier is a faithful companion who has played an instrumental role in shaping the rich culture and untamed spirit of historical North America. Sturdy yet agile, swift yet tranquil; this is the American Quarter horse. The American Quarter horse originated from early colonists breeding their English stallions with the indigenous Chickasaw peoples’ mares. Both horses can be traced back to the fiery Barb horse, the mounts of early Spanish explorers.

Fame fell upon the American Quarter horse during the 19th century, when they gained a reputation in Texas for their racing capabilities and skill for driving cattle. One famous American Quarter horse, called Steel Dust, established fame for his unmatched skill as a quarter-mile match racer. Steel Dust’s descendants were highly sought after by cowboys due to their speed and agility. Horses of this nature were often nicknamed “Steeldusts”.

The American Quarter horse has a stocky silhouette defined by their dense muscle structure. Despite their powerful frame, they excel at sprinting short distances and are remarkably sure-footed.

Come rain or shine, the American Quarter horse is a partner for life. 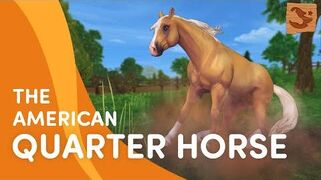 The Generation 3 AQH can perform a special move called the Reining Spin. The animation can be activated by pressing the space bar, but only when standing still, otherwise the horse will jump instead of performing the move.

While all of the horses in star stable will technically come to a "Hard stop" if the player presses the "X" button when in a full gallop, the Generation 3 AQH has a special stop method found in western reining. When it is in full gallop, and the player goes for a hard stop, the horse will instead perform a "Slide stop."

Five hairstyles can be purchased for the Gen 2 APH at the Horse Stylist. These styles are identical on all Gen 2 American Paint Horse, Appaloosa, and American Quarter Horse models.

Six hairstyles can be purchased for the Gen 3 APH at the Horse Stylist.

The G2 AQH costs 280 SC. The seven variations can all be found at Ferdinand's Horse Market:

The G3 AQH is sold for 950 SC. The eight variations can be found at the following locations.

A Gen 3 AQH was released in Star Stable Horses. The fully raised foal can be bought for 950 SC.