"The American Paint Horse is said to have descended from one of the horses brought to North America by the Spanish explorer, Cortez, becoming popular with many Native American tribes. They are dependable, very versatile, and come in three patterns: Overo, Tobiano, and Tovero." 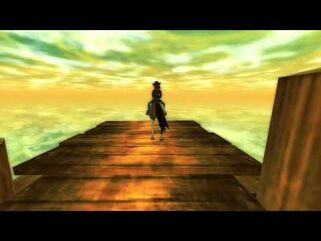 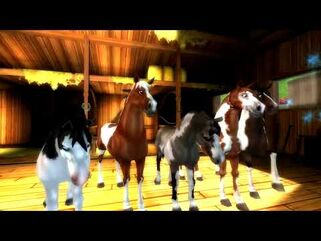 "There's nothing quite like a horse and rider roaming free together, with nothing else before them but inviting grassy plains and the backdrop of a snow-capped mountain range. For the American Paint Horse, this is where they're in their element.

When the Spanish first brought their horses to North America, many of them were left to roam the land and were taken in by the indigenous peoples of the continent. It's thanks to them that the Paint horse began to be bred for their unique coat patterns, sturdy build, and shining personalities.

Today, the American Paint horse shares a close ancestry with other popular North American breeds like the American Quarter Horse and the American Thoroughbred and therefore shares their long history of aiding humans in shaping North America into the land it is today. They're strong and easygoing as well as intelligent, making them a fun and rewarding breed to train.

The most distinctive feature of the Paint horse is their unique and beautiful coat patterns. These patterns are seen in a combination of white and another coat color and can vary greatly, meaning no two Paint horses are exactly the same!

Some examples of typical patterns are Tobiano (dark and white pattern, patterns on the face such as stars, blazes, or strips) and Overo (solid colored back, irregular white pattern, and darker legs, occasionally with white stockings, the face is mostly white).

While often sought out for Western pleasure, barrel racing, an other western events, the Paint horse can even thrive in other areas such as English pleasure, working equitation, and show jumping.

With an easygoing temperament and a highly social nature, the Paint horse is the perfect companion for anyone with a big heart. Are you ready to bond with this reliable roamer of the American Plains?" 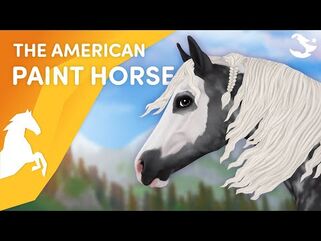 The Generation 3 APH can perform a special move called the Reining Spin. The animation can be activated by pressing the space bar, but only when standing still, otherwise the horse will jump instead of performing the move.

While all of the horses in star stable will technically come to a "Hard stop" if the player presses the "X" button when in a full gallop, the Generation 3 APH has a special stop method found in western reining. When it is in full gallop, and the player goes for a hard stop, the horse will instead perform a "Slide stop."

Four hairstyles can be purchased for the Gen 1/1.5 APH at the Horse Stylist. These styles are identical on all Gen 1.5 models.

Five hairstyles can be purchased for the Gen 2 APH at the Horse Stylist. These styles are identical on all Gen 2 American Paint Horse, Appaloosa, and American Quarter Horse models.

Seven hairstyles can be purchased for the Gen 3 APH at the Horse Stylist.

The Gen 1/1.5 models cost 280 SC. All five variations can be found at be found at Ferdinand's Horse Market.

The Gen 2 models cost for 450 SC. All five variations can be found at Ferdinand's Horse Market.

The Gen 3 models cost 850 SC. They can be found at the following locations:

A Gen 3 APH was released in Star Stable Horses. The fully raised foal can be bought for 850 SC.